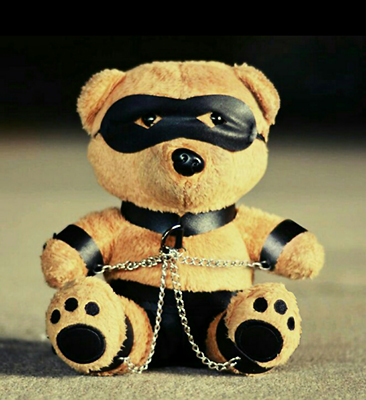 Have strength to read through this article, dear reader! You can spare yourself a lot of bad vibes in the future.

According to our more or less limited understanding, the most generic definition of a fetish is someting (an object, a person, an action or situation), that brings sexual arousal to a person. The fetish is a sufficient (and for some people a necessary) condition for a person to become sexually excited. For many people (most often the vanilla-oriented) a fetish is the body of a person from a certain sex (the overall looks and shape, the genitalia, breasts, etc.). This is important from heterosexual reproductive point of view. It causes you to become excited in the presence of a suitable partner. That thing said, all people, who manage to get aroused by anything, are fetishists.

On the other hand people develop all kinds of other fetishes. For some they are just a convenient addition to their standard reproduction-related fetishes, but for others they have become a necessary condition to get excited. According to some people, some fetishes begin when a person fantasizes for a long time about being able to touch something related to the gender of their interest or to find themself in an exciting situation, in which they find a sexual element – like finding themself at a sexy woman’s feet and to be touching them or to be tied up and helpless in the hands of a partner, with whom they can live their fantasy. There are countless other variations for developing an alternative fetish, for sure. We have come to the conclusion that people have been developing new fetishes both during their childhood years and also during maturity. What’s important is that there’s something that has excited their fantasy for a long time.

Unlike the movies, the people who practice BDSM rarely inflict very heavy strokes which could cause large bruises or heavier injuries. Those, who go to such extremes are a minority in the community and are among the most hard-core practitioners. But even they take special care where they hit their partner in order not to endanger their health. The areas they hit most often are the bottom and parts of the back that are very strong and heal fast. Everything is measured to the desires and abilities of both partners. We talk about the logic behind causing pain in this article. In the end the goal of the play is that both partners would get satisfaction the way they desire.

The play begins when you both agree

A mistake that is worryingly often encountered (most often a mistake, but not always) is when someone approaches an unknown potential submissive partner directly as if the play has already begun. Here’s an example for a conflict conversation that begins like this: “On your knees, bitch! – Who are you? – I am a Dominant. Don’t you see what I’ve written in my profile? – Yes, but you are not my Dominant. I don’t agree that you dominate me. – I don’t care what you want! You are a submissive. Submit then! Submissives have no right to have an opinion!” This attitude is considered wrong in the BDSM communities.

Each participant has a right to have an opinion and a free will unless they have negotiated otherwise within the limits of the law and the play. Another matter to discuss is the lack of understanding about the difference between a submissive and a slave. It is more often the situation that a slave has negotiated not to have a right of opinion and free will.

This article has the potential of encompassing many more elements. It will be expanded with time.